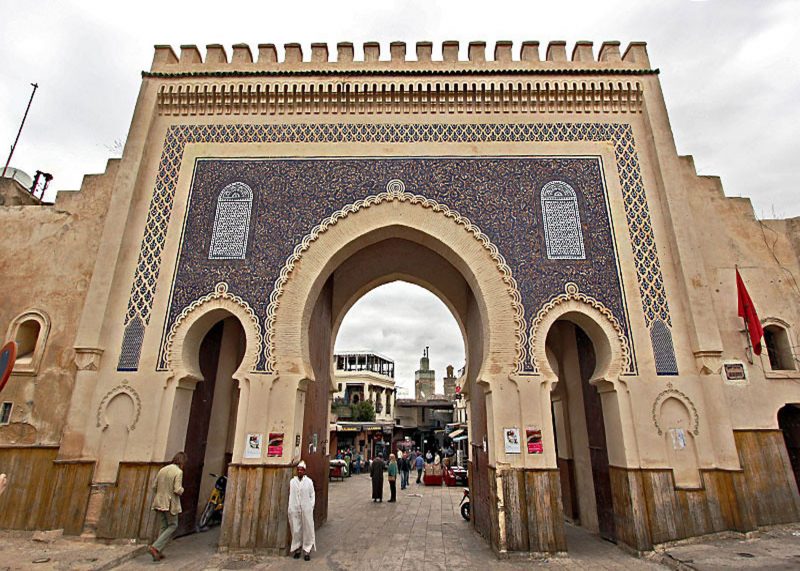 Walk through the walls that guard the celebrated Medina of Fez, whose outstanding universal value has been recognized by UNESCO. Meander along the streets of the Fes-El-Bali district. The Bab Boujloud Gate is the easiest way to access the medina. In May, the city’s squares and streets come to life with music from around the world as the Sacred Music Festival takes over the one-time imperial capital. Along with the Jazz in Riads festival, it is one of the city’s cultural highlights.

Don’t leave without sampling the city’s extraordinary cuisine, which is considered to be among the best in the world. 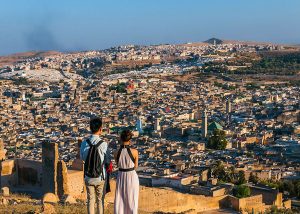 As Fez is the spiritual capital of Morocco, it’s only fitting that the annual Festival of Sufi Culture should take place here each October. Sufism, the esoteric branch of Islam that promises bliss, mysticism and spiritual ecstasy, has a strong heritage in the country. 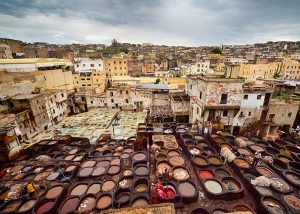 Wander into the Fez medina and explore its alleys, where you will madrassas, riads and caravanserai that have been converted to museums and mosques. Tour El Henna market, a showcase for natural cosmetics where bars of black soap are stacked alongside kohl kits and bottles of rose water. Seek out the cabinet makers clustered in the Nejarrine district, who work wood, which they cut and carve with great finesse. But in the Imperial City, the most representative art is pottery. This is where you will find the famous cobalt blue pottery of Fez, glazed ceramic made by deft potters. Their agile hands produce great trinkets that double as souvenirs and practical serving pieces.