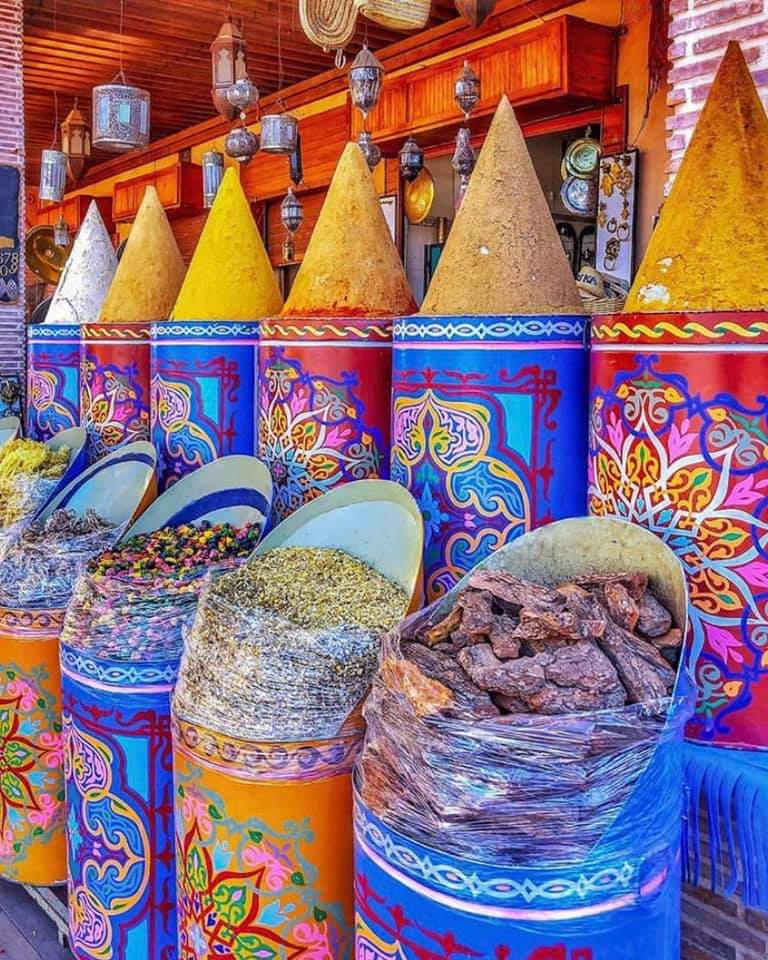 In Marrakech, there are Moorish, Berber, Arabic and Andalusian details all coexisting together. In the ‘Blue City’ of Chefchaouen, which was once held by Spain and where Spanish is still spoken by residents, there is an undeniable Mediterranean connection that weaves its way throughout the colors of the ocean and sky which permeate everything. 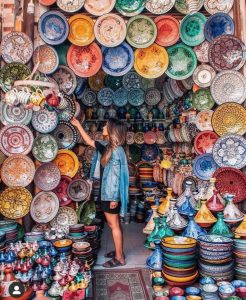 Fez is a very Islamic city whose decorative elements seemed to me to be the most truly Moroccan of any city we visited. In the Sahara dunes of southern Morocco, near Merzouga, is where I felt the most clearly that we were in fact on the continent of Africa because the details seemed more tribal than anywhere else we roamed. 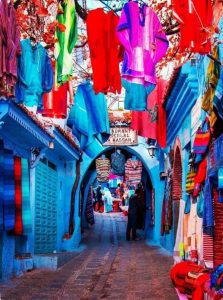 Meanwhile, all throughout the Atlas Mountains, it was the weaving of Berber women which most tempted me as a shopper. Beautiful rugs with colors more vibrant than most women’s eyeshadow palettes and patterns that alternated between overly simplistic and stunningly intricate, called to me and begged me not to be left behind. 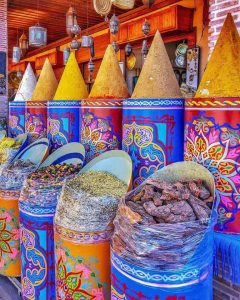 If you’re researching Morocco for your next trip, it won’t be difficult to come across advice about the tagines, camels, souks, snake charmers and the best ways to rock a kasbah, but when you do finally arrive in the country — keep your eyes open to the insight you’ll gain from the color and the pattern as well!