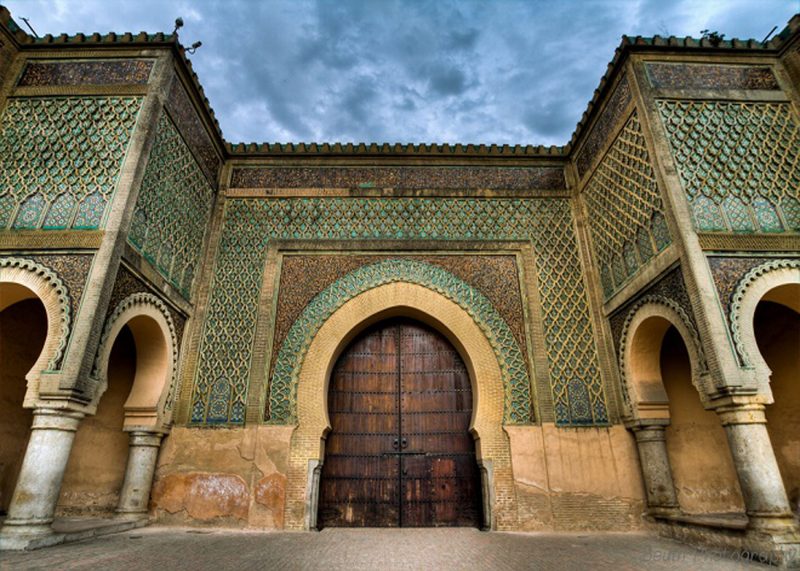 Is one of the four Imperial cities of Morocco, located in northern central Morocco and the sixth largest city by population in the kingdom. Founded in the 11th century by the Almoravids as a military settlement. Meknes became capital of Morocco under the reign of Sultan Moulay Ismaïl (1672–1727), son of the founder of the Alaouite dynasty. Sultan Moulay Ismaïl turned Meknes into an impressive city in Spanish-Moorish style, surrounded by high walls with great doors, where the harmonious blending of the Islamic and European styles of the 17th century Maghreb are still evident today. The city recorded a population of 632,079 in the 2014 Moroccan census. It is the seat of Meknes Prefectureand an important economic pole in the region of Fes-Meknes. 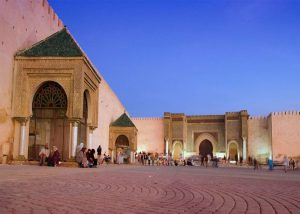 The Almoravids founded a fortress in Meknes during the 11th century. It resisted the Almohads rise, and was thus destroyed by them, only to be rebuilt in a larger size with mosques and large fortifications. Under the Merinids it received further madrasas, kasbahs and mosques in the early 14th century, and continued to thrive under the Wattasid dynasty. Meknes saw its golden age as the imperial capital of Moulay Ismail following his accession to the Sultanate of Morocco (1672–1727).

According to the ICOMOS Heritage at Risk report of 2000, the historic city of Meknes contains insufficient drainage systems, and as a result suffers from inundation and leakage in certain areas.