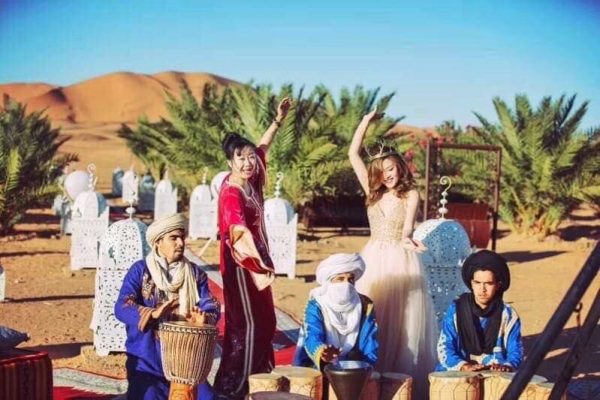 Morocco is an ancient country with a strong sense of culture. Though the ancient culture of Morocco has influenced its people for centuries, it is diverse and seems to have been derived from several other ancient cultures. If you would like to know more about the history, developments and influences of this country’s unusual culture, you will no doubt enjoy reading our basic description of Moroccan history below. 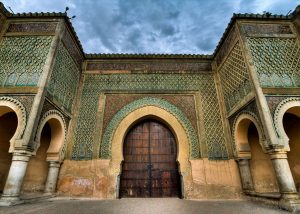 The original inhabitants of Morocco were the Berber people. These people lived in large familial tribes and there was no actual recognized government over the area. Instead, tribal Berbers lived according to the rules of their tribal leaders and the rules of one tribe could be far removed from the rules of another tribe.

Because of this lack of unification of authority, Morocco was constantly invaded during the early stages of its development. The first attackers were the Phoenicians in the twelfth century B.C. They claimed a number of coastal settlements with great success, but were later conquered in return by the Carthaginians. In the 2nd century B.C., the Carthaginians became the target of an extensive Roman campaign and soon all their strongholds in the area were captured and converted. Over time the Roman Empire fell apart, allowing Arabs to move in and take over. Short but intense fights for control of the country between the Arabs and the Jews left it reeling and largely unstable. Fortunately, a man by the name of Ahmed I al-Man-sur managed to bring stability to the country during his dynasty. As a result the country flourished between 1579 and 1603 as Jews and Moors from Spain settled in Morocco. They each brought with them their culture and art and in the end gave Morocco much of the culture which is still present today. 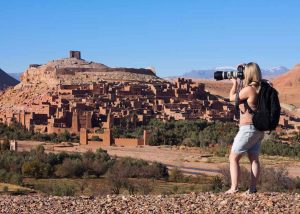